What Gender Bias Sounds Like: “You Are Our #1 Female Leader”

What Gender Bias Sounds Like: “You Are Our #1 Female Leader” 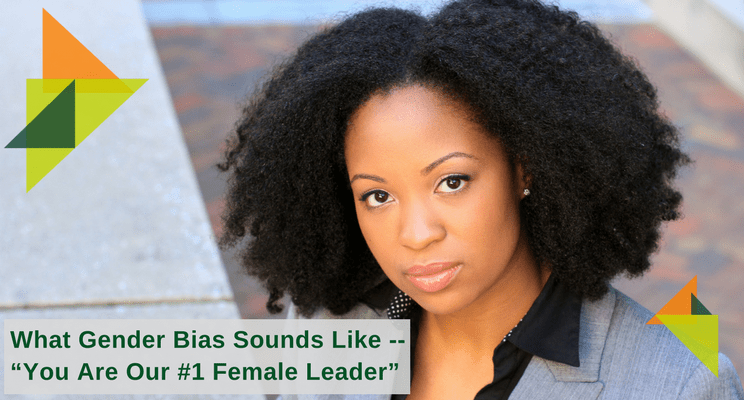 When I was a teenager, I wanted a job in a factory. Girls my age babysat, but the guys I knew made way more money loading crates and stacking boxes. When I inquired about such a job, I was told I could not be hired. Why? Because there were no female restrooms on the factory floor.

When bicycles were invented in the 1800s, women were encouraged not to ride them because the contraptions were viewed as “un-feminine.” Besides, women, it was widely argued, did not have the strength necessary for such exertions.

And up until 1972, women were barred from running in competitive marathons. The Boston marathon directors rejected applications from women on the grounds that long-distance running would have ill effects on female health.

It is easy to look back at our history and laugh. Folks were foolish enough to believe that women could not run, bike, or work alongside men. In many ways, we have, indeed, come a long way, baby.

And yet, look around, and much of today’s workplace is still dripping with assumptions about what women can and cannot do.

What is worse is that often, when we try to fix such problems—when we try to pepper the workplace with mommy-friendly initiatives or programs to take advantage of supposedly women-specific genetic traits —we unwittingly make things worse:

The good news is that much of what ails us can come from some simple reframing:

Let’s take a lesson from our runners, bikers, and factory workers. Let’s support workplaces where both genders are afforded the opportunity for flexibility, support and leadership development and put everyone on equal footing for success.

At Orange Grove Consulting, we help companies have the difficult conversations about gender bias. Review our workshop on Gender Bias Training for Men and Women, Together or consider a Gender Audit to see where gender inequity lies. Please email Celina Guerrero, Director, Business Development at [email protected] for more information.