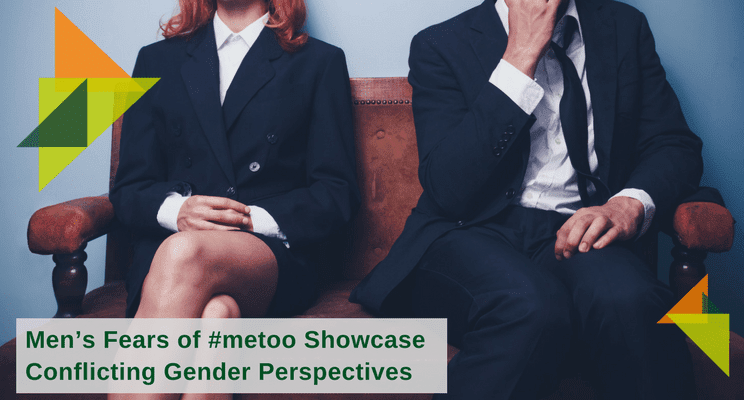 “I want my female colleague to stop touching me.”

At a recent session with men, I was asked why women seem to be able to freely connect physically with male colleagues, whereas men fear losing their job or harassment lawsuits when they communicate physically. This frustration reflects a fear men have that #metoo will go – if it hasn’t already – too far and turn into false accusations or ways of penalizing men for otherwise “innocuous” behavior and a double standard.

Our discussions with men show how much gender conflict has bubbled to the surface on what should be a non-issue these days. After all, women have been in the workplace en masse for almost 50 years now. So why do we suddenly lack the skills to get along?

Men’s heads are reeling – especially because the privilege and power they have held was largely invisible to them. They didn’t know how much the workplace was designed for their needs until it was threatened. So it is not surprising that men are feeling uncertain.

Both sides need to learn how to move forward together. How to speak directly about what they need and what they don’t want to have happen. How to work together in a way that respects differences and capitalizes on diversity. We have to be able to move our biases aside so we can truly hear each other. And we have to be able to make honest mistakes without fear of a disproportionate legal response or be able to push back on an unwanted behavior without ending the working relationship.

Our workshop, Gender Bias in the Workplace, deals with these issues and more. In our workshop, Including Men in Achieving Gender Equality, we also help men reframe their gender assumptions and develop a new vocabulary for communicating with women. Contact Us to learn more.